Vivan Sharan and Sidharth Deb write on "Maintain the Integrity of India's Telecom Ecosystem", in DailyPioneer, on 22 January 2018

Oped by Vivan Sharan coauthored with Arvind Gupta on "How we can deal with the cyber threats in our pockets", Mint, 15 December, 2017


Smartphones have become ubiquitous, and are forcing us to re-imagine the contours of privacy and data protection. This is for several reasons: we carry our phones everywhere we go, we use them for accessing critical services including banking and payments, we use them to store personal and sensitive data, to access our social networks and emails, and many “apps” are connected to servers and facilities that consumers and governments, often have no line of sight to.
Unsurprisingly, reports of phone hacks, theft of personally identifiable information and user-tracking, misguidance of consumers and evasion of law, by stakeholders within the digital ecosystem, has become an everyday phenomenon. The Indian smartphone user is particularly vulnerable.
The sheer pace of expansion of the smartphone market in India is unparalleled. Over 110 million new smartphones are added here every year—making India the world’s second largest smartphone market. Smartphone penetration is a key metric against which the success of India’s digital economy is often measured.
The rapid scaling up of sales of electronic goods and services that our aspirational market allows calls for greater vigilance, as there are limited disincentives to errant behaviour. Chinese handset brands for instance, command more than half of India’s smartphone market share, and are often pre-loaded with bundled apps. Reports of malware and backdoors embedded in these nifty smartphones and apps, are particularly troubling.
The prospect of free products and services are very compelling for the best of consumers. Consequently, Indians are voracious consumers of “free” apps—from Facebook and Google-run apps, which dominate digital advertising and direct their energies and algorithms to monetizing user data, to more pernicious Chinese-made apps like UC Browser, which have been linked to serious surveillance concerns.
The common thread in this spectrum is that most free apps seek to exploit user data and get omnibus permissions to do so from their users. Informed consent is the permission granted by users to app providers, in full knowledge of the possible consequences of the use of their data. Juxtaposed against complex terminology and lack of awareness about potential pitfalls, this “opt-in” framework may itself require revisiting.
Another Chinese app, which leverages the rather innate urge to take “selfies”, has an exclusive version for India, and is so attractive to consumers that many handset makers are bundling it with devices. This is despite evidence to suggest that the app leaks sensitive personal information to Chinese servers.
It gains extensive access to personal data and numerous features of smartphones: access to users’ GPS location, cell carrier information, Wi-Fi connection data, SIM card information and identifiers like the IMEI number, which can be used to track and actively monitor its users.
The government seems acutely aware of these context-specific risks, and has constituted cyber-security and data protection committees and working groups, which may help ring-fence the digital ecosystem. The B.N. Srikrishna Committee which has been tasked with creating a data protection framework for India is one such example.
However, laws and regulations cannot substitute for greater consumer awareness—apps will continue to try to exploit lack of user awareness, even after obtaining legal sanction. And since technology will always outpace regulations, apps and phones can exploit national security vulnerabilities just as easily.
In 2014, the Indian Air Force red-flagged the use of Chinese origin smartphones by its personnel and their family members due to a “flaw” in the operating system causing automatic and unencrypted transfer of user data to servers located in China. This data leak could have revealed and compromised the location and movements of air force personnel and their families, jeopardising lives and the safety of security infrastructure.
More recently, Indian troops posted along the Line of Actual Control have been issued a cybersecurity advisory to delete 44 apps, mostly of Chinese origin, to guard against espionage.
The national threat from bundled apps also extends to the content ecosystem. Bias in both the sequencing and substance of online content, available on apps such as UC News, can influence opinions of citizens at large. The US is finding out that Facebook campaigns were manipulated by Russian intelligence operatives the hard way. And Facebook is attempting to respond and show a higher degree of responsibility towards consumers by “flagging” paid advertisements.
However, can anyone expect similar apologetic behaviour by Chinese-origin apps and handset makers, even if found guilty of spreading false news, malware, spyware and so on? We wouldn’t hold our breath.
For netizens of a “mobile-first” economy, much greater caution and sensitivity is warranted. It is necessary for both policymakers and ordinary citizens to understand the security implications of using foreign origin smartphones with bundled, pre-installed apps.
We must not be naïve recipients of digital Trojans—and must begin to put a price on our data and privacy. We can start to do so by making informed consumption choices and nurturing a healthy scepticism of “free lunches”.
Arvind Gupta is head, Digital India Foundation, and Vivan Sharan is a technology policy expert based in New Delhi.

Posted by vivan sharan at 2:10 PM No comments: 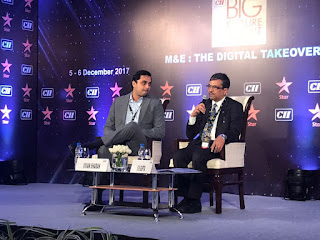 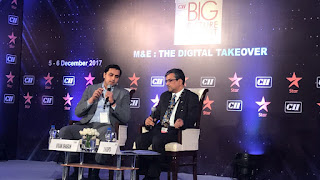 A very wide range of subjects were covered in the fireside chat, including the case for Indian exceptionalism in the digital domain, Net Neutrality, OTT Regulations, Data Protection, Supply Chain Integrity, Multistakeholderism and the importance of Public Consultations.
Posted by vivan sharan at 2:07 PM No comments:

Vivan Sharan speaks to NewsX on Ivanka Trump's visit to India.
Posted by vivan sharan at 2:05 PM No comments:

Koan Advisory's counter-comments on TRAI's consultation on Privacy, Security and Ownership of data:

http://www.trai.gov.in/sites/default/files/Koan_CC_DP.pdf
Posted by vivan sharan at 2:04 PM No comments:

Response to TRAI Consultation on Privacy, Security and Ownership of the Data in the Telecom Sector, 06 November 2017

Koan Advisory's response to the TRAI consultation on  Privacy, Security and Ownership of the Data in the Telecom Sector:

Vivan Sharan discusses implications of the Whatsapp outage last year with NewsX
Posted by vivan sharan at 2:01 PM No comments:

https://blogs.economictimes.indiatimes.com/et-commentary/94816/
From languishing at the bottom of world data consumption per capita rankings, India is now among the top five countries with over 450 million Internet users. This rapid digitalisation has led to the creation of new online services that are changing the way people search for information, interact with each other, pay for things and consume content.
Simultaneously, the convergence of offline business with online technologies, and the horizontal integration within online markets has led to the stacking of services on top of each other, and the creation of large online ‘platforms’. Such platforms are changing traditional assumptions about market dominance and abuse, both concepts at the heart of competition law.
For instance, previous discussions of dominance considered the question of abuse of ‘relevant markets’ as away of helping regulators assess when rules regarding fair competition were violated. However, platforms often integrate across a number of markets, making such comparisons difficult. India must address the actualisation of ‘winner takes all’ online markets, lest concentrated markets compromise generation of jobs, monetisation of intellectual properties and unfettered innovation — all prerequisites to becoming a successful data economy. In doing so, a delicate balance must be struck between ex-ante and ex-post regulations. Ex-ante regulations (such as license conditions) can harm all of these objectives by limiting the degrees of freedom that entrepreneurs have to innovate. So, governments have adopted a range of approaches to regulating new markets and services such as taxi aggregation and cryptocurrencies.
Conversely, over-dependence on ex-post regulation, such as competition law, can result in the establishment of ‘facts on the ground’ that favour firms that have established near monopoly positions. However, by the time policymakers and regulators understand the implications of a new platform, the platform owner is likely to have built powerful entry barriers in many online markets.
Warning signs of the consequences of discriminatory behaviour by online platforms are already palpable. If a new delivery startup is to be introduced, it would almost certainly have to negotiate service agreements with mapping services offered by one of the large platforms.
Moreover, increasing numbers of acquisitions and investments by large platforms are continually expanding the scope of their business interests. This bears resemblance to the vertical integration between telecom companies and Internet-based services that continues to roil the discourse on network neutrality. Network neutrality is the principle that similar classes of data must move impartially on the Internet, no matter the destination or the source.
The consequent limitation of gatekeeping abilities of network operators —telcos in India’s case — is the desired outcome of such a principles-based framework.
The exemplary role of the Indian telecom regulator in aiming to establish a robust network neutrality framework has been commended globally. India should take the lead in establishing complementary norms for ‘platform neutrality’ to ensure that online markets, like networks, remain fair.
One way of doing this could be through a light-touch framework analogous to the ‘Most Favoured Nations’ principle of the WTO. Signatories to the WTO can’t normally discriminate between different trading partners. Similarly, a framework for platform neutrality could ensure that online platforms do not discriminate in the levels of technical access or pricing offered to competing services — thereby maintaining their own role as intermediaries.
This would also ensure that both consumers and innovators benefit from a balanced paradigm, in which the scope for cartelisation is minimised, and possibilities of innovation-led disruptions maximised.
(Gupta is Head, Digital India Foundation. Sharan is a technology policy expert)
Posted by vivan sharan at 2:00 PM No comments: