https://www.youtube.com/watch?v=iikigRKItJA
Posted by vivan sharan at 3:38 PM No comments:

Today the world will awaken to the ‘International Day of Yoga’, perhaps with a Surya Namaskar. While some would dismiss this labelling as an attempt by the new government to refine India’s ‘snake charmers and elephant herders’ image on the international stage; others may think of this as an attempt to ‘saffronise’ the global events calendar. A few may think of it as a brilliant marketing gimmick. PM Modi may not have given it any more serious thought than this. However, it stands to reason that since it is already instituted, the international day of yoga must now be neatly placed within India’s soft power projection as well as its larger economic and political aspirations.
The origin of India’s soft power narrative is closely tied to the Non Aligned Movement (NAM), of which most former colonies were a part in the early nineteen fifties. Jawaharlal Nehru championed the NAM, the influence of which isstill seen in India’s foreign policy. The country went on to become a leader within the Group of 77 (G-77) in the mid-sixties and spearheaded the development agenda in various important debates ranging from climate change to global trade. On account of its large population and growing economic footprint, the India’s participation still holds key to G-77 contributions to the global governance discourse.
For many who see India as a poor developing country, like the rest of the G-77, India’s yogic traditions are likely perceived through orientalist lens. That is, yoga is assumed to be a practice developed by scantily clad men, living Spartan lives, isolated in forests. There is a sort of temporal dissonance in seeing yoga as such.
On the other hand, for many,India has also come to be associated with rapid economic growth fuelled by a highly skilled workforce. While the specific drivers of this economic growth narrative remain nebulous to a majority, information technology is seen as India’s ‘x factor’. Silicon Valley is arguably India’s soft power nerve centre, even as it is not physically situated within. And there is no shortage of yoga instructors in the San Francisco Bay Area.
For those who see India as a rapidly developing emerging economy, yogic traditions represent an opportunity to achieve nirvana in a capitalist dystopia – as the IT entrepreneurs likely have done with the return of high IT valuations in the financial markets! The rigours of the typical sedentary white collar job, staring at computer and phone screens, transiting between airports and hotel rooms, have given birth to a ‘wellness’ industry that attempts to save modern man from the pitfalls modern life. And yoga takes centre stage in the plethora of wellness solutions that help rejuvenate, resuscitate and reflect on the present, even as attention spans attenuate.
Increasingly India is also seen to be moving from its role in the ‘global opposition’ as part of the G-77 to a new role on the global high table, as part of groupings such as the G-20 and BRICS. This transition to become an agenda setter from being an agenda taker has been accelerated by the financial crisis originating in the transatlantic economies. Although India’s capacities to set the rules for the road in terms of redesigning the global financial architecture or standard setting in the global value chains of trade remain strained; inclusion in such elite economic groupings has sharpened its ‘brand value’ abroad.
Meanwhile the 21st century India is increasingly choosing to describe itself as both an emerging and developing economy. At least Indian diplomats and policymakers seem to be fairly comfortable with this sometimes amorphous identity. To the extent that this allows the country flexibility in global negotiations, it is hard to debate. Where it needs to be assertive it can emphasise its emerging country image, and where it seeks to be defensive, it can rely on its developing country image. For those who have begun to understand this India, yoga likely represents a convenient bridge between the known and the unknown.
Complexity is widely considered to be an Indian characteristic. And complexity is enmeshed in every aspect of life in India. It permeates family structures, social groups, class hierarchies and of course decision making at all levels including executive, judicial and legislative. For foreign investors, the country has come to represent a group of economies that offer unparalleled investment returns. Simultaneously, it has the dubious distinction of being a risky investment destination where political support remainscritical to business activity. Such boundless commercial opportunities and intractable ground level challenges co-exist seamlessly.
PM Modi’s hope should be that somewhere within the scope of its complex self-identity, this branding exercise serves to enhance its projection as a regional and global power. From a purely realist point of view, it is irrelevant whether the true depth of the yogic practice is understood, whether India spends a minimal proportion of its budget on healthcare and wellness or indeed whether yoga continues to be largely associated with difficult postures and better physique.
Vivan Sharan is a Partner at the Koan Advisory Group and a Visiting Fellow at the Observer Research Foundation
- See more at: http://new.businessworld.in/opinion-columns/how-yoga-expands-india%E2%80%99s-soft-power#sthash.T2M3wEOX.dpuf
Posted by vivan sharan at 3:35 PM 1 comment: 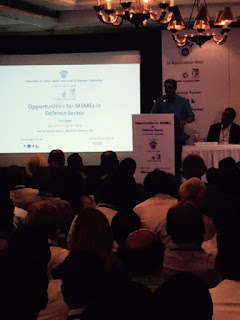 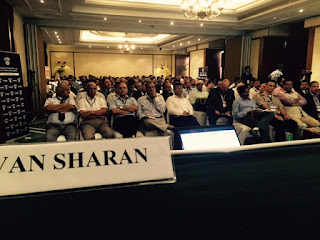 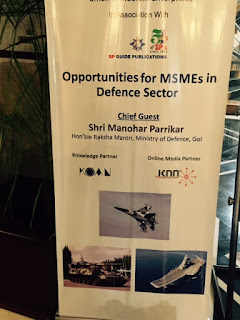 Posted by vivan sharan at 1:30 PM No comments:

Vivan Sharan is a Partner at the Koan Advisory Group and a Visiting Fellow at theObserver Research Foundation.
Posted by vivan sharan at 1:23 PM No comments:


he global economy is fragile. Very few new full time jobs are being created in OECD economies and GDP growth ofmost developing economies still does not measure up to pre-financial crisis levels. Perhaps most worrying of all, income inequality is growing across the developed and developing economies alike. The leaders of Brazil, Russia, India, China and South Africa, countries that constitute the‘BRICS’ grouping, will be meeting in Ufa in July amidst these sobering global trends.
In preparation for the Ufa Summit, experts from BRICS met at a Track II meeting in Moscow this week. As India’s representative on economic issues, my interventions were premised on the fact that there are at least five sectors within which enhanced intra-BRICS collaboration can yield relatively quick results.
The first isagriculture. The sector’s share of GDP, employment generation and exports shows its continued importance for all BRICS economies. The sector employs 56 per cent and 40 per cent of people in India and China respectively, is responsible for about 34 per cent and 10 per cent of Brazil and South Africa’s total value of merchandise exports respectively and perhaps surprisingly accounts for around 10 per cent employment share in the fossil fuel rich Russian economy.
So far, BRICS cooperation in the agriculture sector has been uninspiring. An information exchange system has been set up which is counterintuitively limited only to government bodies. It must be both broadened and deepened.
In addition, aside from China, each of the BRICS has significant distance to traverse in terms of agricultural productivity.  China’s rice productivity is 4.67 tonnes per hectare, compared to 2.4 tonnes per hectare in India. The key difference lies in the volume of investments in the sector. Aside from creating an enabling environment for investments in agriculture within BRICS, emphasis must be placed on developing farm extension services. The System of Rice Intensification is an example of an easy to disseminate, proven productivity enhancing cropping practice prevalent in some Indian states that must be mapped and shared.
The second is the digital economy. The impressive mobile phone penetration rates in BRICS range from around 0.7 phones per person in India to around 1.8 phones per person in Russia. At the same time, only around 63 per cent of the rural population on average within BRICS have bank accounts. Mobile phone penetration can be leveraged to bank the unbanked and enhance basic service delivery.
An illustration of this is India’s ambitious ‘Jan Dhan Yojana - Aadhar-Mobile’ trinity. BRICS would do well to create enabling domestic ecosystems for cross border investments into telecommunication networks and differentiated banking systems such as mobile payments. In addition, the relatively low rates of internet penetration, averaging around 40 per cent across the five countries, present a commensurate opportunity for scaling up connectivity and digital inclusion.
The third is theservice sectorwhich accounts for nearly 60 per cent of value added in the BRICS’ GDP. Services accounted for as much as 42 per cent of exports in value added terms from G20 countries and more than 50 per cent in China and India. The growth in the value of services trade of BRICS with the world between 2010 and 2014 was around 30 per cent even, remarkable even though not calculated in value added terms.
Trade numbers also highlight the imperative for standards cooperation in services with a view to creating regional value chains of services trade integrated with merchandise trade supply chains. Aside from the comparative advantage of the sector, the emergent rules based agreements on the anvil such as the Trade in Services Agreement of which none of the BRICS are a part, should be enough justification to merit serious multi-stakeholder conversations on standard setting in services.
The fourth sector is mining and power. Even in the post financial crisis world, energy demand continues to be driven by the BRICS economies. They also happen to account for 35 per cent share in the global primary production of energy. Coal production in China today provides more energy to the global economy than the combined oil production in the Middle East.
On April 22 2015, BRICS Environment Ministers mooted a platform for exchanging clean technology know-how. The rapid development of‘clean coal ’technology in China offers a ready template for private sector innovation and technological dispersion across BRICS. In addition, Brazilian and South African mining companies could partner with Indian companies looking to take advantage of domestic policy emphasis on commercialised mining and technology intensive exploration.
And finally, since urban centres are the drivers of growth within each of the BRICS economies, urban development must become a priority area for cooperation. India estimates that it requires around $625 billion over the next twenty years in urban development spending alone. The‘Smart Cities’ initiative of the new government is tailor made for exploring Public Private Partnerships (between ICT firms and local governments in particular) and city to city cooperation on key areas such as market based financing.
It is also useful to note that Indian urban local bodies (ULBs) will have a large role to play in fulfilling objectives of ‘smart’ infrastructure creation and service delivery. There is significant scope for sharing experiences with local governments across BRICS countries. In addition, collaborative capacity development on areas such as audit and taxation can go a long way in ensuring the financial viability and institutional credibility of local governments.
The author, Vivan Sharan, is a Partner at Koan Advisory Group (www.koanadvisory.com)
- See more at: http://www.businessworld.in/news/economy/cooperating-through-brics/1869007/page-1.html#sthash.VRGY3rJB.dpuf
Posted by vivan sharan at 1:21 PM No comments: 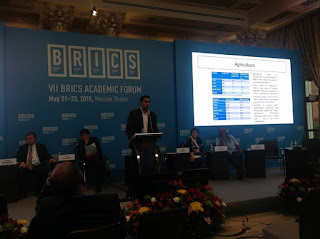 Posted by vivan sharan at 1:19 PM No comments: