Last year Indian PM Narendra Modi announced a $1 billion concessional line of credit (LoC) on his maiden visit to Nepal. More recently he announced a concessional LoC in his March visit to Mauritius of $500 million for civil infrastructure projects, and a similar line to Sri Lanka of $318 million for development of railway infrastructure. Clearly, LoCs are becoming a key arrow in India's economic diplomacy quiver.

The Indian government subsidises the interest rate on concessional LoCs under its Development Cooperation Programme. Since LoC projects are demand-driven, recipient countries first have to make a request for a LoC to the ministry of external affairs, which considers political and economic aspects before handing over the structural and disbursement process to the ministry of finance and the Export Import Bank, respectively. The sheer size of the LoCs committed to Nepal and Mauritius in particular is indicative of the shift in India's foreign policy priorities towards its neighbours.

The importance given to LoCs comes at a critical juncture in the global development discourse. There is little agreement on a 'universally applicable' global development agenda. The heydays of structural macroeconomists arguing for deficit reduction as a precondition to 'development assistance' are perhaps behind us. In the aftermath of the global financial crisis, OECD countries are racking up large debts in an attempt to spend their way out of deflation. As world leaders prepare to negotiate Sustainable Development Goals to succeed the Millennium Development Goals, key development questions will be up for debate.

The negotiations will be rough and tough. A number of politically sensitive questions must be addressed if a truly inclusive and sustainable development agenda is to be crafted: What should be the measure of effectiveness of financial flows, such as LoCs? Who or which body should have the mandate to measure this effectiveness? How critical a role will financial markets play in the maximisation of development impact? What should be the criterion for assistance? How can economic incentives between development partners be aligned?
A study by the Observer Research Foundation on India's concessional LoCs to East Africa has helped shed light on some of these issues. One of India's largest LoC tranches, of $640 million, has been given to the Ethiopian government for expanding sugar refining operations. According to the Ethiopian Sugar Corporation, production from three assisted plants, which would total close to 1.6 million tonnes of sugar annually, would help Ethiopia become a net sugar exporter. The effectiveness of LoCs, therefore, is closely tied to the shift away from structural import dependence. The Ethiopian exchequer could earn $376 million annually through sugar exports from 2015, but the qualitative impact is perhaps wider. The credit extended will help generate livelihoods both directly and indirectly through infrastructure and supply chain creation; it will generate additional revenues for development objectives and create a new industrial ecosystem. Given that this entire process was demand-led, local stakeholders are perhaps best-equipped to measure the developmental and economic impact of the LoC.

From the Indian perspective, two aspects must be revisited to exponentially increase the impact of such LoCs. First, the role of the local agency is central. Often, countries from where LoC demands originate require handholding and technical support. The commercial sections of Indian missions in countries to which large development flows have been committed require support of experts and technocrats. Since the Indian Foreign Service is smaller than New Zealand's, it is vital that the government breaks down silos reserved for diplomats, and supplements its missions with professionals possessing the requisite expertise in handling and supporting commercial projects. Prime Minister Modi would know that economic outcomes are not going to wait for the Indian bureaucracy to reform or for officials to reconcile themselves to the fact that horizontal hires need to be paid market wages. Billions of dollars are at stake, important relationships need nurturing and none of this should be jeopardised by a handful of egos.

The second key issue is the involvement of Indian vendors in funded projects. Under the concessional LoC framework, recipient countries have to procure a variable proportion of goods and services (between 65 and 75 per cent) from Indian firms towards project implementation. Anecdotal evidence gathered for the ORF study suggested that the pre-tendering and tendering processes have much scope for improvement. Given this government's emphasis on expanding the Indian industrial base, there is an opportunity to make the LoC-linked tendering process more competitive and inclusive. Many stakeholders privately confessed that the process is not transparent and is geared to cater to a select few. The government must, therefore, use the new commitments to Nepal and Mauritius as an opportunity to revise the tendering process and to offer a level playing field. The bureaucracy must be kept at arm's length from market operations in order not to replicate the very system of state patronage that the Indian PM hopes to dismantle.

In 2012, the total amount of open LoCs crossed $10 billion and this instrument is only likely to gain further prominence. Yet India is itself a developing country with urgent development needs of its own, and a limited budget. Thus the Modi administration must extract maximum 'bang for the buck' from LoCs, while making sure that the concessional lending programme can stand the strictest tests of public scrutiny. For this, the first step is to institute a stakeholder feedback process that would include the private sector, civil society and perhaps even unbiased voices from recipient countries. Recipient governments rarely critique the Indian government, as it would be considered 'undiplomatic'. What would distinguish the new administration from its predecessors would be the willingness to actively solicit criticism and refine existing processes for the larger public good and efficacy of its primary instrument for economic diplomacy.

In the early post-independence years, the thrust of India's external engagements and economic diplomacy (not necessarily described as such) was with countries with similar colonial experiences and economic realities in the neighbourhood and Africa. More recently, its engagements in groupings such as BRICS have resulted in new development financing instruments like the recently announced New Development Bank. The country's involvement in the G20 following the financial crisis compelled India to commit to an IMF-led euro zone-focused stabilisation fund. The new government must now attempt to transition India's economic engagements towards a more deliberate, durable and definitional framework. Well-administered LoCs offer a great avenue to do this - and therefore must be given commensurate strategic priority and attention.
Posted by vivan sharan at 3:43 PM No comments:

Posted by vivan sharan at 3:41 PM No comments: 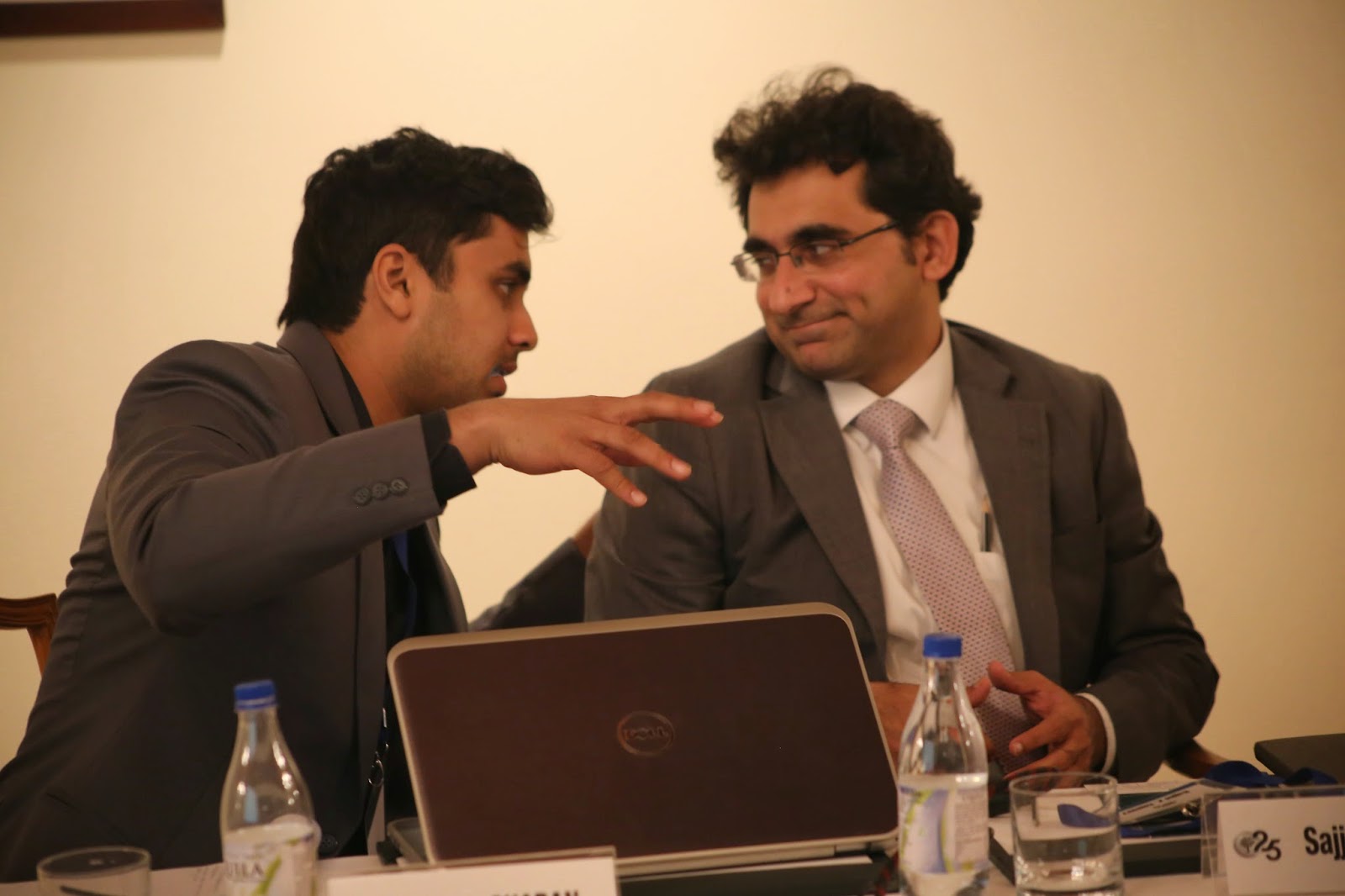 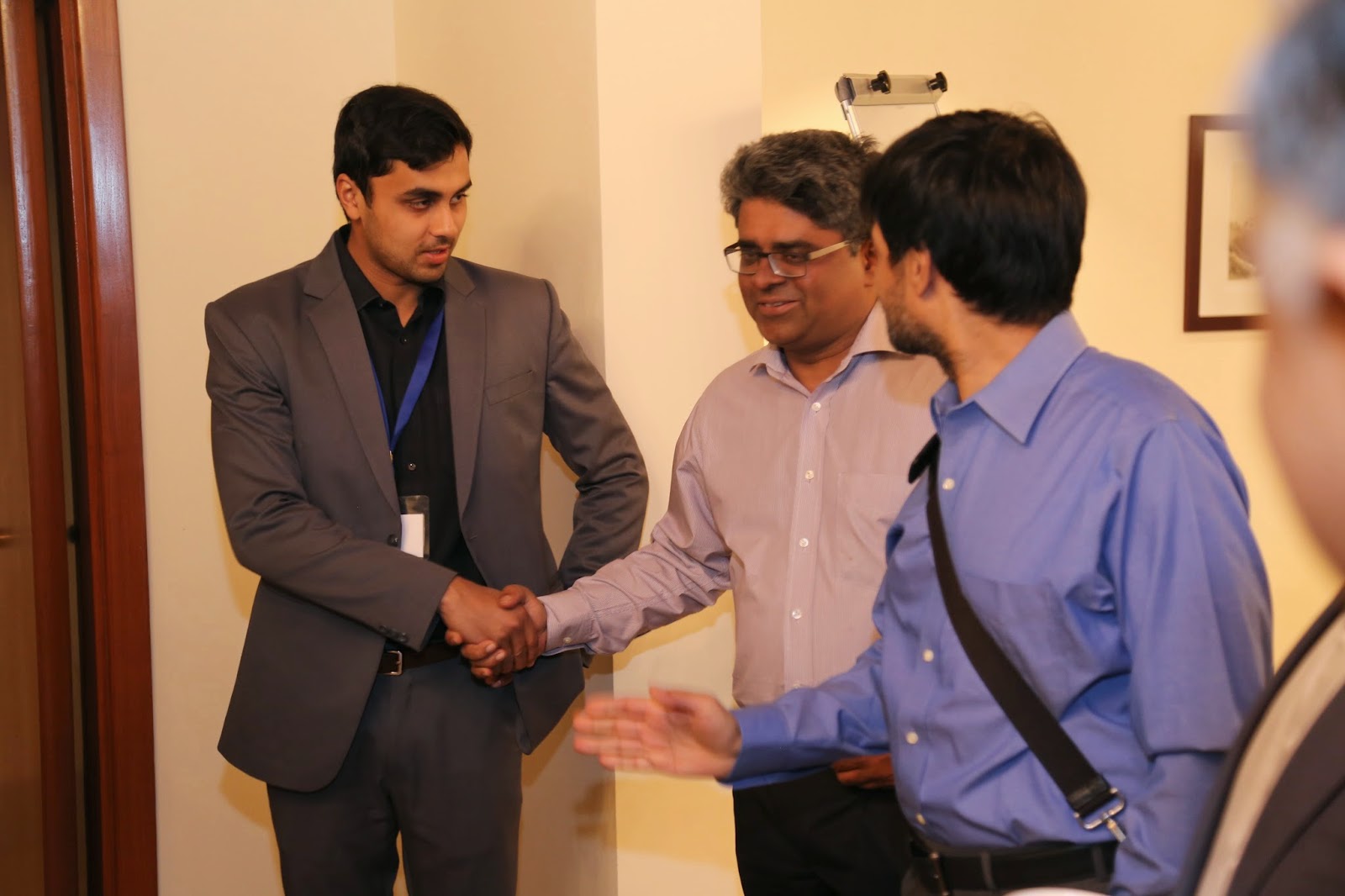 Posted by vivan sharan at 3:31 PM No comments: